Thank you for visiting. I would be happy if you would be interested in shogi. Please enjoy yourself.

This page is the English version of the site "Shogi Play Room".

The computer on this site is very weak, so it is suitable for children and beginners.

Please select the strength of the opponent and press the start button.

The game has not started yet.

Shogi is a Japanese board game similar to chess, also known as Japanese Chess.

Unlike chess, the feature is that you can use the enemy pieces you have taken as your own pieces.

How to play shogi

At the start of the game, arrange the pieces as shown in the figure below. 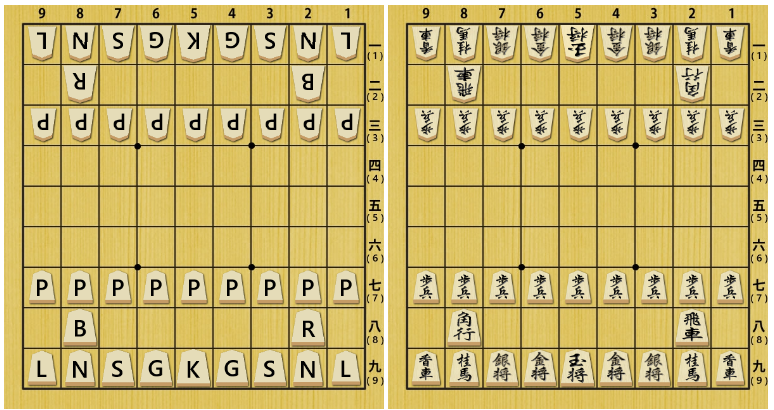 Letters are also written on the back of the pieces of Pawn, Lance, Knight, Silver, Bishop, and Rook.

When you move these pieces to or from the enemy on the board, you can flip them over and promote them.

Players move their pieces one by one to attack the enemy.

In the end, the one who is ready to take the enemy's King no matter what the opponent responds to, that is, the checkmate wins.

Types of pieces and how to move 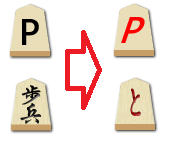 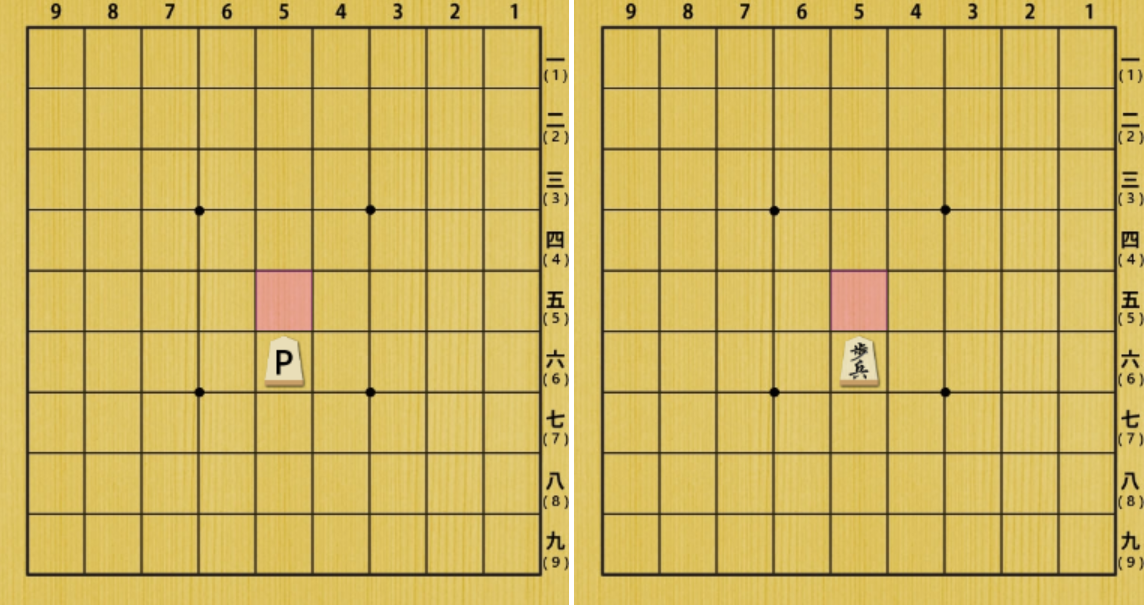 Pawn can only go one square in front.

When Pawn is promoted, it becomes a piece that behaves like Gold.

Not limited to Pawn, pieces do not have to be promoted at the timing when they can be promoted, but if they cannot be moved without being promoted, they must be promoted. For example, when Pawn has reached the edge of the enemy line.

Also, you cannot place your own pieces in such places. 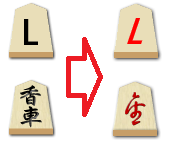 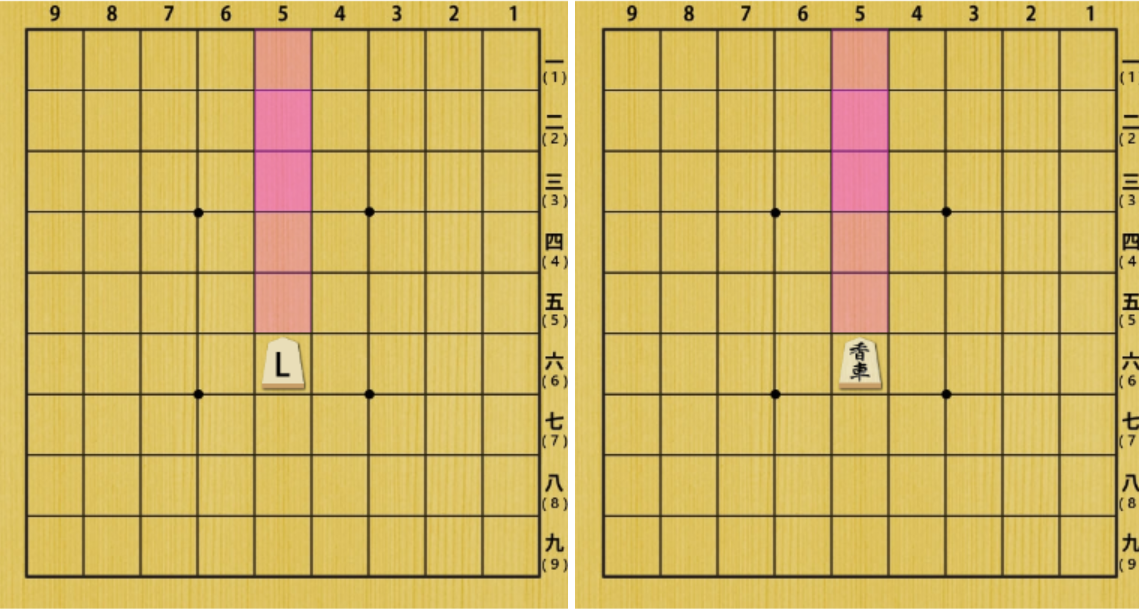 Lance can go straight forward until it hits another piece.

When Lance is promoted, it becomes a piece that moves in the same way as Gold. 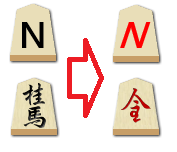 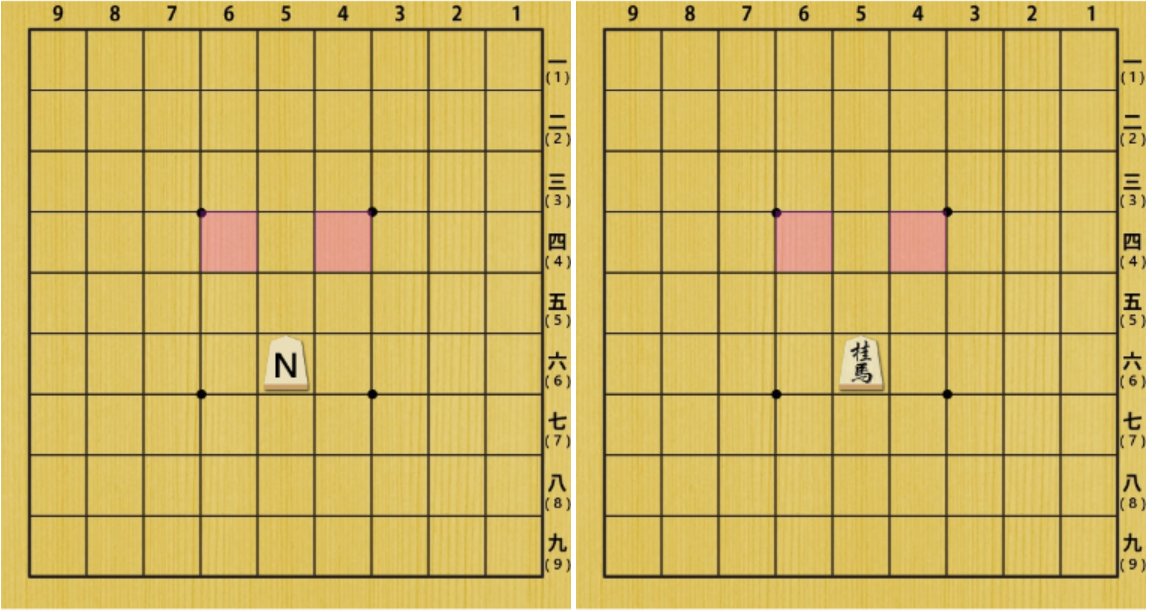 Knight can jump over other pieces and move to two places on the left and right of the square that has advanced two squares forward.

When Knight is promoted, it becomes a piece that moves in the same way as Gold. 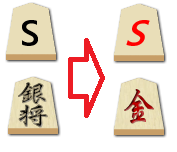 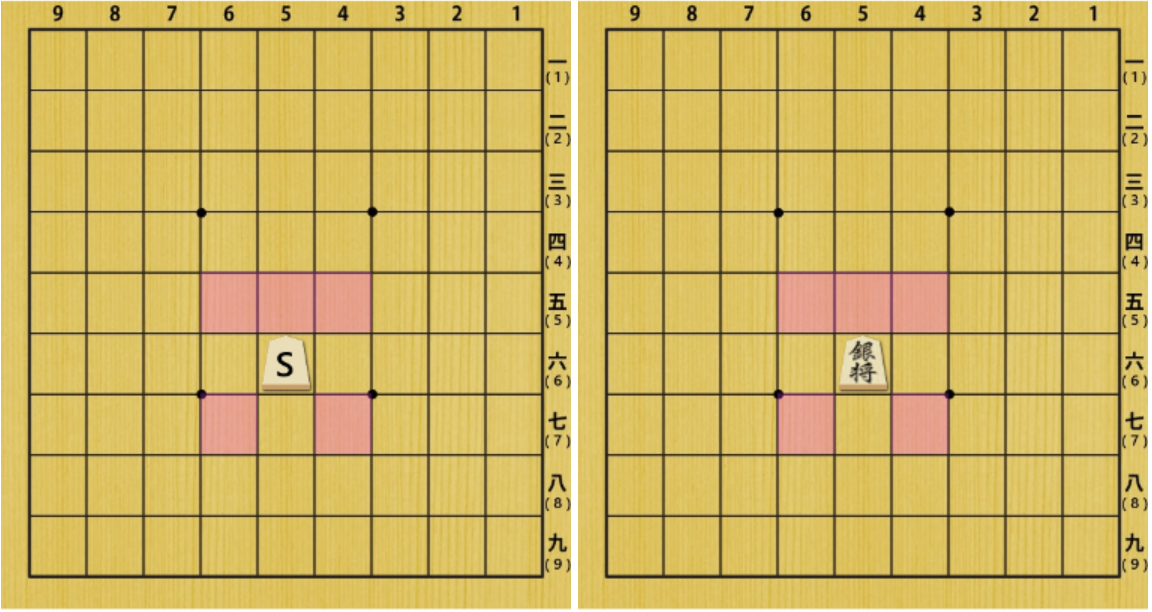 When Silver is promoted, it becomes a piece that moves in the same way as Gold. 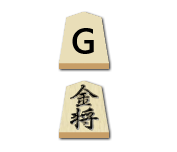 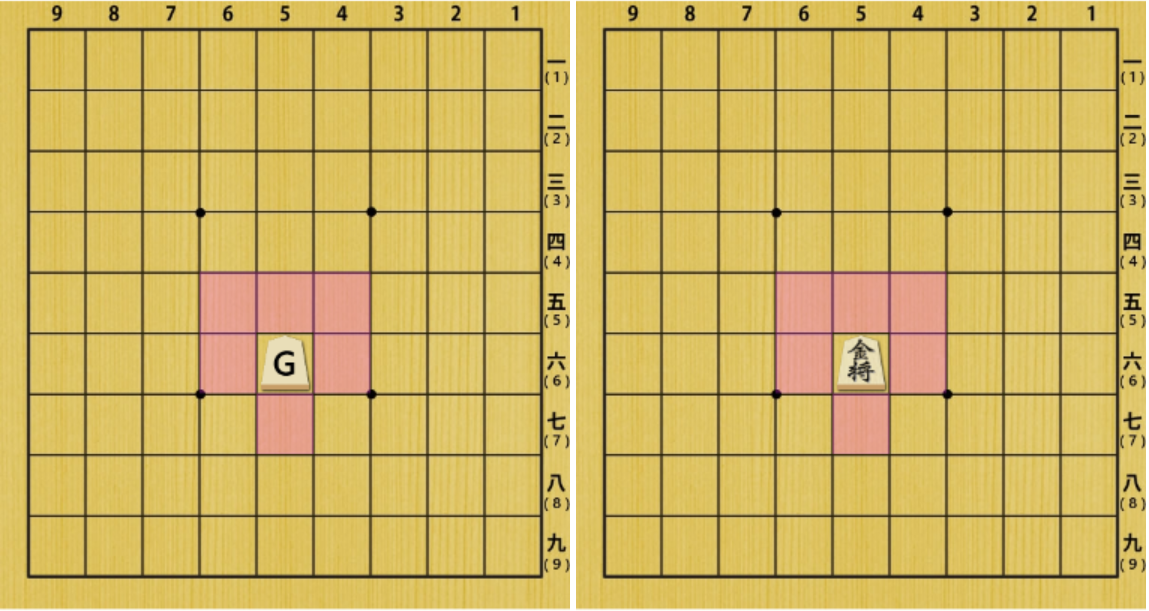 Gold can move to 6 squares around itself, excluding the left rear and the right rear. 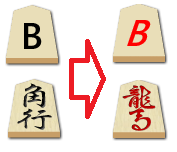 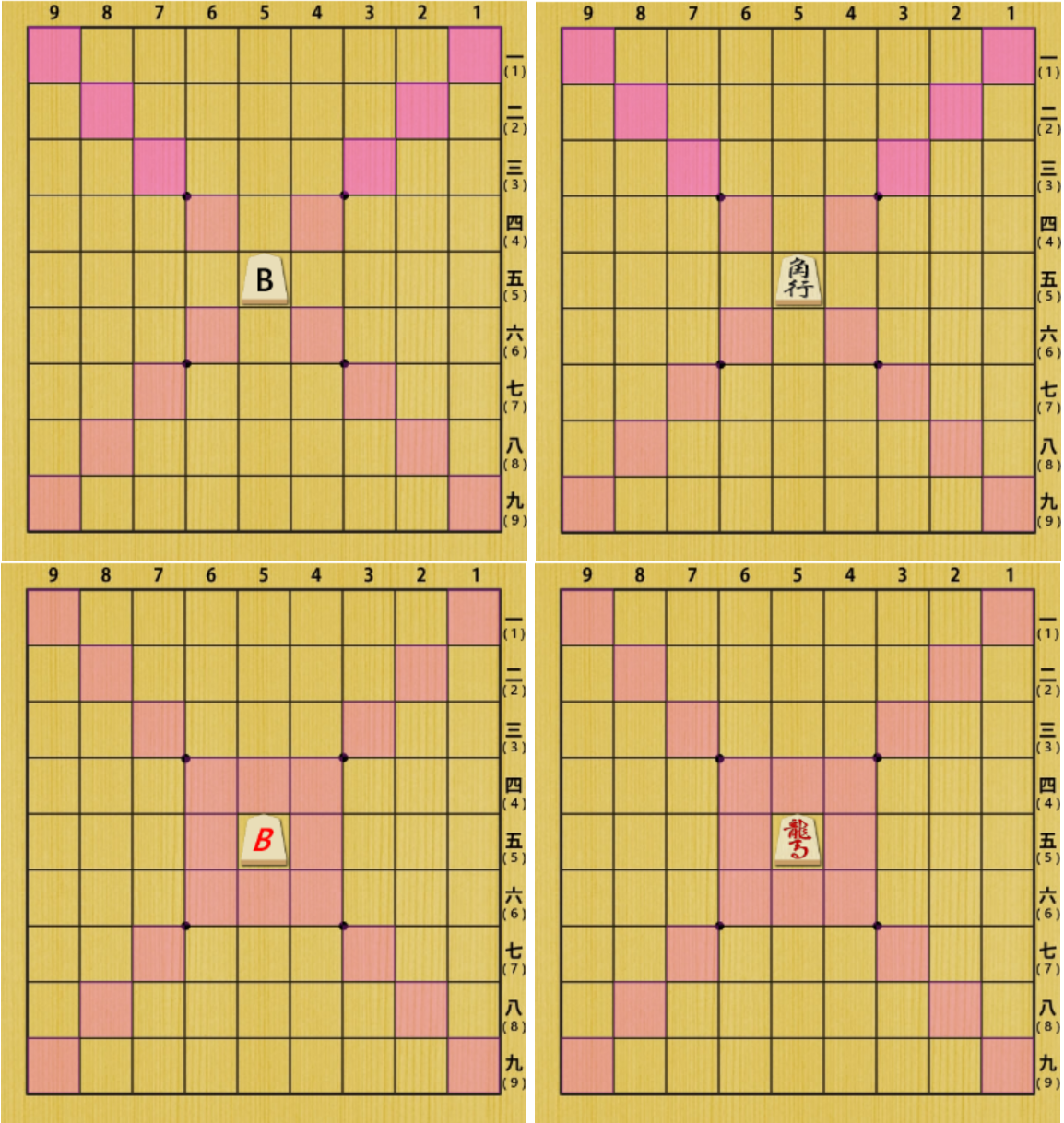 The promoted Bishop will be able to move to one square in front, back, left and right in addition to the original movement. 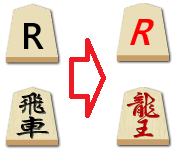 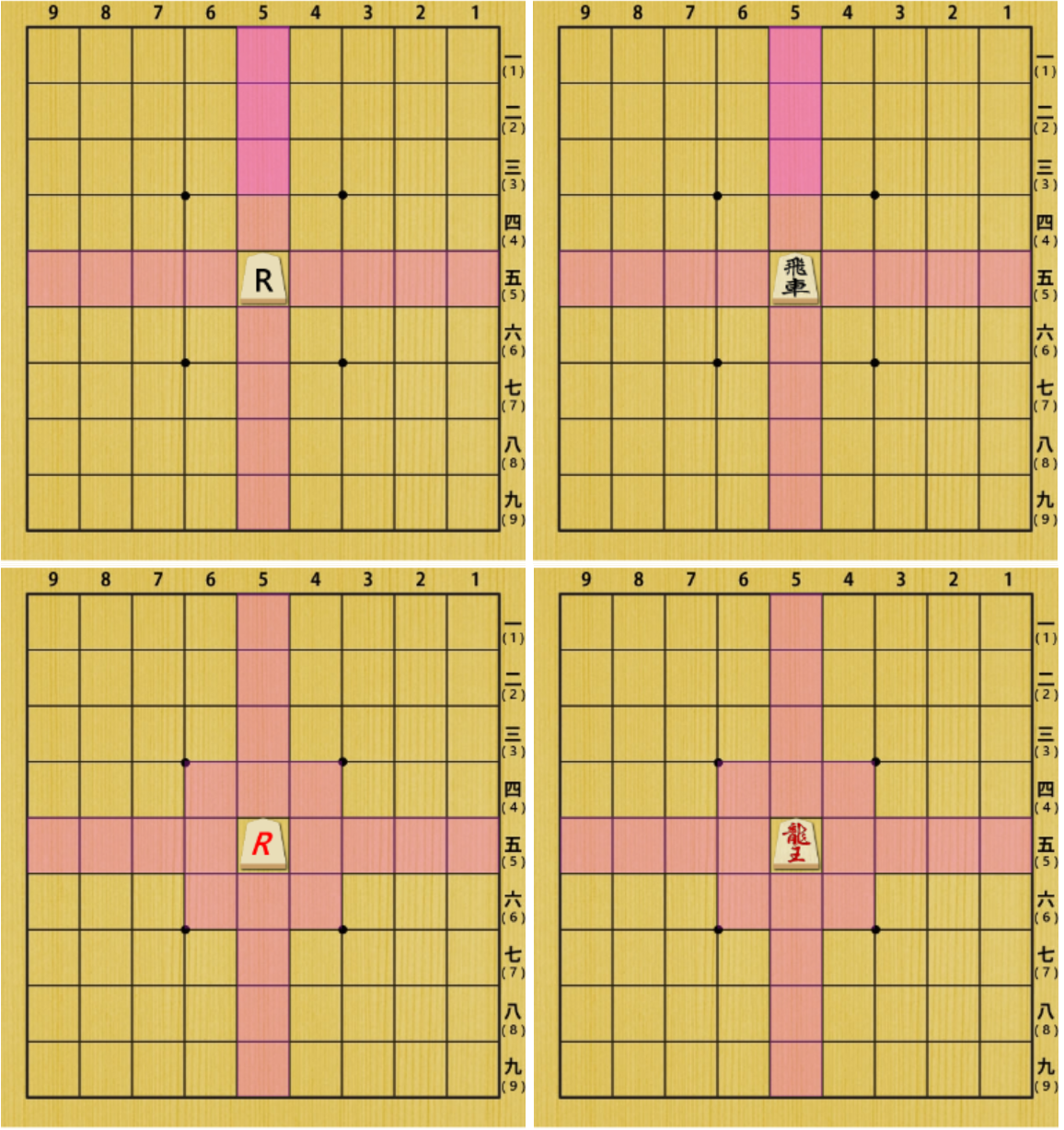 Rook can go straight in four directions, front, back, left and right.

When Rook is promoted, it will be possible to move one square diagonally in addition to the original movement. 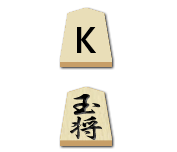 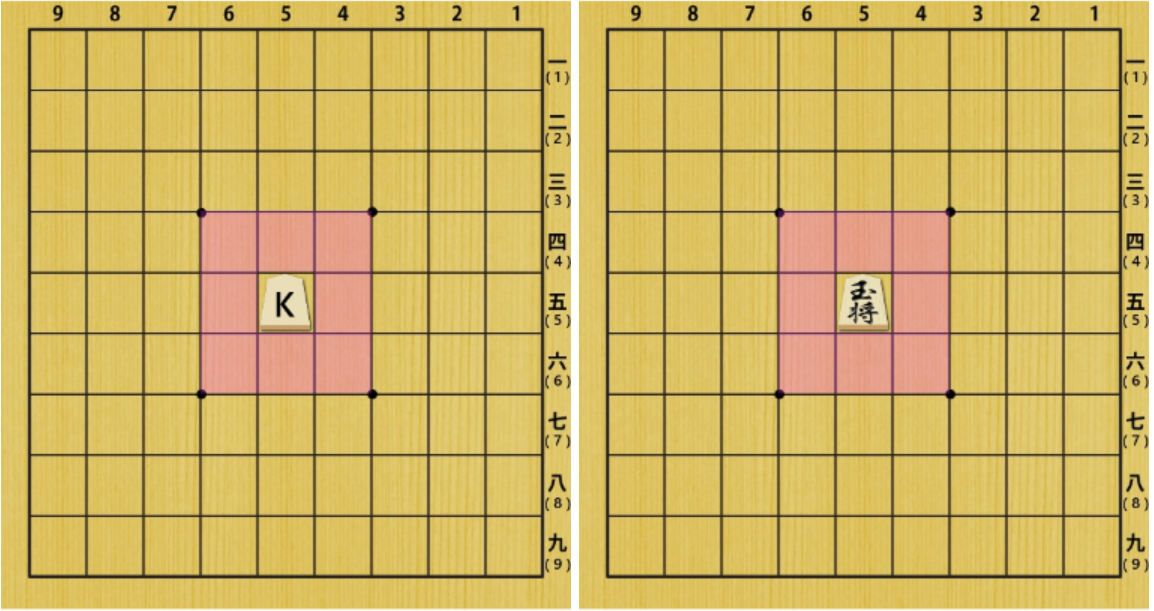 King can move to eight places in one square around him.

It is important to fight while protecting your own King and attack the enemy King well.

In the figure below, if you drop Gold on Square at 5,2 (5th file, 2nd rank), the enemy King will not be able to move and you will win. 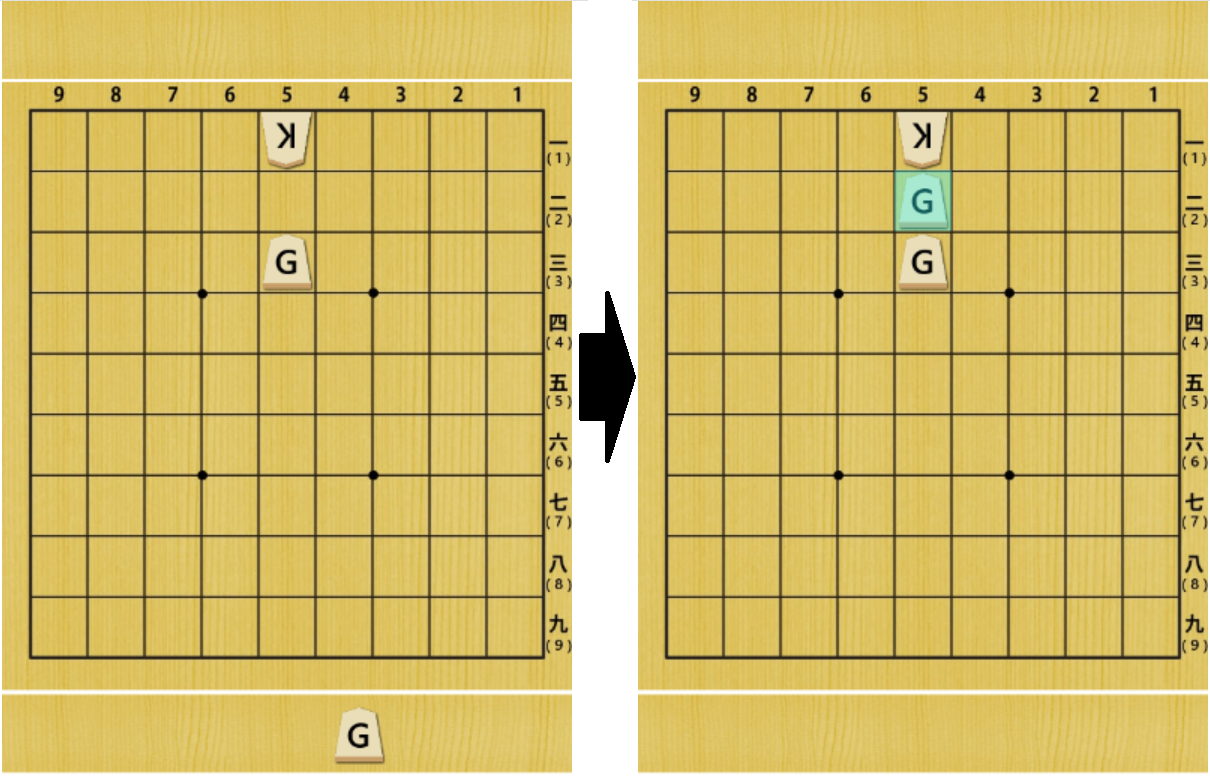 Anecdote about the difference between chess and shogi

There used to be a very famous and strong Shogi player named Kozo Masuda.

After World War II, he was summoned by GHQ and asked:

Unlike chess, shogi uses the enemy pieces it takes as its own soldiers. Isn't this an abuse of prisoners of war and inhumane?

Mr. Masuda replied to this question as follows.

In chess, you don't use the pieces you took, but this is the POW slaughter. Shogi does not abuse or slaughter prisoners of war. The idea is that even if human resources move from the enemy to the ally, we will respect their abilities and give them a place to work in their original position.

It is said that the culture of shogi has been passed down without interruption even once after the war, thanks to Brigadier General Whitney's conviction in what Mr. Masuda said.